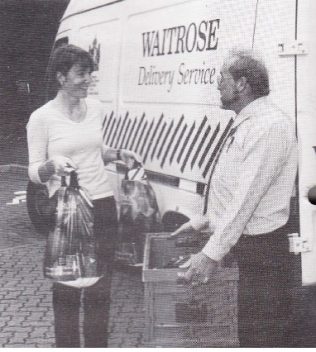 The next stage in the trial of WAITROSEdeliver is being launched on Monday.

The latest development means that anyone will be able to take advantage of the home shopping services, as long as they are in the delivery area of one of the four branches used in the pilot scheme – Abbington, Petersfield, Stevenage and Buckhurst Hill.

Two hundred selected Waitrose and John Lewis account card holders, from each of the four branches delivery areas, were invited to take part in the trial.