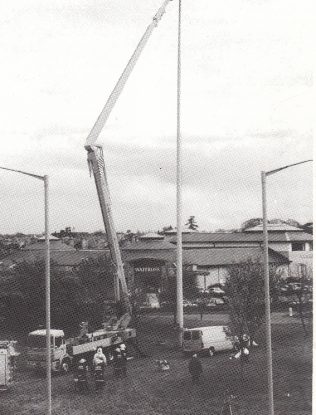 Ask a Cirencester Partner how many men it takes to change a light bulb, and they’ll tell you 32 – with a rescue helicopter!

It’s usually an easy job, but when two electricians started routine maintenance on a street lamp outside our Gloucestershire branch, it all went horribly wrong and they were left stranded 100ft up in the air for four hours, when the hydraulics broke on the cherry picker lift.

Twelve firemen were unable to get them down as the ground was too soft for their lift.  The men were eventually winched to safety thanks to a five-man crew on an RAF Sea King helicopter from Devon, aided by the rescue co-ordinator centre in Scotland, eight police officers, one ambulance chief and two paramedics.