Lewis cooks up a TV treat 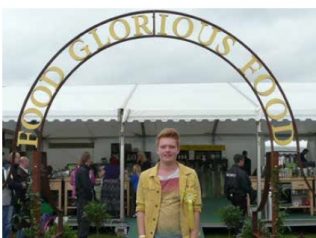 A 16-year-old Partner from Eldon Square featured in last week’s edition of ITV 1 show ‘Food Glorious Food’ after making it to the second regional heat of the competition.

“Although I didn”t progress any further in the competition, I was really proud to have reached the final 16 in the regional heats from thousands of applications”, he said.

The story doesn’t end there though, Lewis’s receipe has been included in the newly published Foods Glorious Food cookbook, and earlier this month it also appeared in the Sunday Mirror.