Lunch with the Archbishop 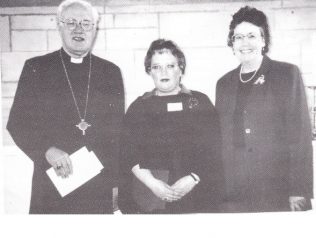 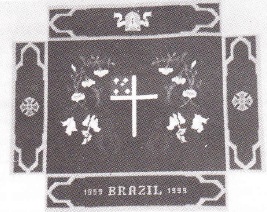 A talented Hythe Partner enjoyed lunch with the Archbishop of  Canterbury, after producing a kneeler for Canterbury Cathedral.

Provisions Assistant Louise Marshall replied to an advert in Outlook, her local church magazine, asking if anyone who enjoyed needlework would be interested in putting together a kneeler.

The kneelers were being produced to celebrate the 100th anniversary of the consecration of the chapel at the Old Palace – the Kent home of Dr George Carey.

Each tapestry was designed by Lambeth Palace worker Jane Huston to celebrate visits Dr Carey and his wife have made overseas during the past 10 years.  The 22 kneelers each had the shield of the country in the centre, with flowers, birds or animals to represent each place.

Louise said: “A few months after replying my tapestry arrived.  I did not give the project I had completed another thought until an invitation arrived from the Archbishop inviting me to join him at a service at the Cathedral”.