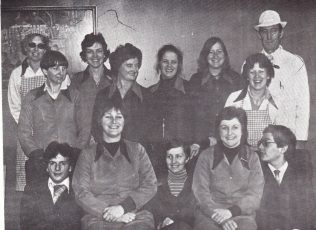 Marlborough celebrated its second birthday last week with a fancy dress party held in the branch dinning room.  The party was held on Wednesday evening October 3, although the branch actually opened on September 27, two years ago.

The evening began with games which included musical chairs, passing the spoon and pans the apple, followed by the judging of the fancy dress, which around 40 people entered.

A good evening was had by all.