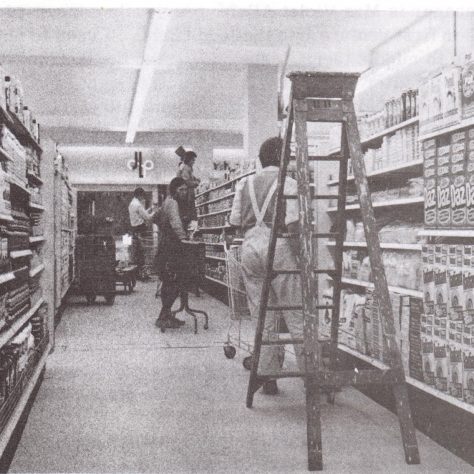 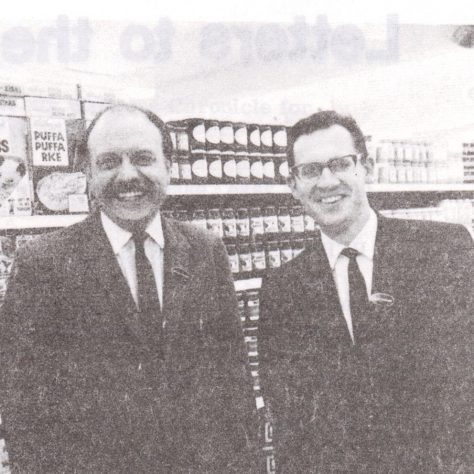 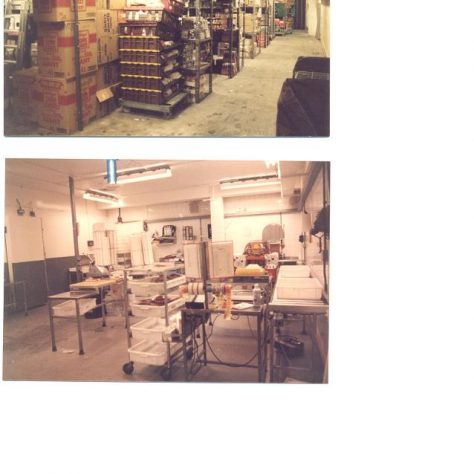 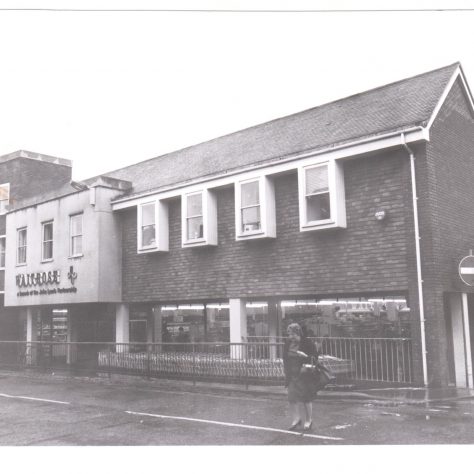 The new supermarket, Waitrose Romsey, opened at 9.00am on Tuesday 26th August 1969. The manager of branch 128 was Mr F Larter, with a staff of 103 Partners, and the branch was to offer a full assortment of goods, including an off-licence and delicatessen.

The town already had a number of self-service stores but none were of the size of the new Waitrose. Two of the Partners moved from Tyrrell and Green to the new store: Mrs P O’Hagan, who was the cook at Northam, Tyrrell and Green’s service building, and Mrs R M Carmen from the shoe department.

The Waitrose Chronicle reported the following: ‘when I visited our newest branch on Friday August 22, I found the air of excitement very noticeable. Girls in blue overalls were everywhere – wiping down here, straightening a packet there, and generally giving the place that spick and span look; the feminine touch seems to make all the difference.

It was obvious that all would be ready for the rise of the curtain at 9am on the following Tuesday. The girls moreover were working cheerfully, and even at the end of the afternoon, when they might be expected to say ‘Time I went home,’ I heard some asking instead what was to be tackled next.

This time I was shown round by Mr P Pidoux. His face is one that many Partners know already, for he is a Staff Trainer these days, although once a manager himself. He came down to this Hampshire town a fortnight before the opening, in order to train the checkout operators. He made arrangements for his ‘students’ to be taken to Fleet, to study a branch under working conditions. With understandable pride he told me that all the checkouts here – more of the new narrow design started in Godalming – could be manned from the opening onwards, with plenty of reserve staff.

Waitrose Romsey relocated in November 2003, to a state-of-the-art building in Alma Road, with just one day’s closure in between. The move followed eight years of planning and construction.

Branch Manager Tim Browne and his Partners were delighted and invited Jim Cloudsdale – the shop’s BM for 25 years until he retired in 2001 – to present flowers to the first customer. “It’s lovely to see the new shop coming together,” “This is long overdue.”

Francis White, Supermarket Assistant, checkouts, had been at Romsey since 1971 and admitted that she knew “every nook and cranny” of the old branch.

Nicky White, Supermarket Assistant, food service, had swapped a job as a hairdresser for a key role on the hot food counter. “I joined Waitrose four months ago and now wonder why I didn’t do it before! My grandfather worked at the branch so now I ‘ve taken on the Waitrose name in our family.”