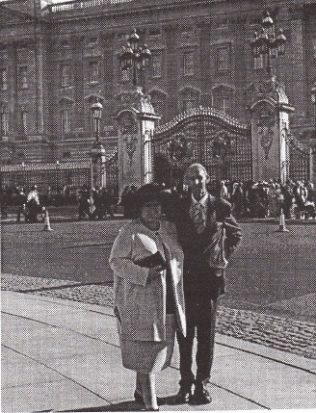 Welwyn Garden City Partner Cliff Rogers, was rewarded for years of charity work with an invitation to Buckingham Palace.

The part-time Car Park Attendant and his wife Glynis, received an offical letter inviting them to join the Queen at a garden party at the London Palace.

The couple were chosen to attend the event due to their tireless efforts raising money for charity.

They set up a choir called ‘Singing for Pleasure’, 21 years ago.  The sole aim of the choir is to raise funds for a variety of charities by performing concerts, and it has so far raised more than £112,000.