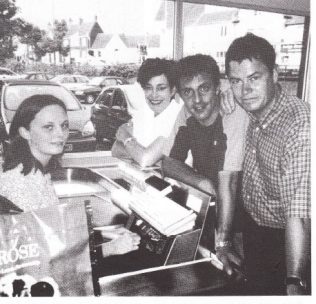 The checkout assistant had to scan items as the motoring programme’s presenters talked about three cars that could be seen through the window, parked outside the branch.

DRIVEN‘s Jason Platon, Penny Mallory and Mike Brewer were filmed discussing the pros and cons of the cars.

Kate said: “It was great fun being filmed, although I had to re-scan lots of items through the checkout for each take; I can’t wait to be on television in the Autumn”.

The DRIVEN series starts on 25th September, Kate will be on in October.