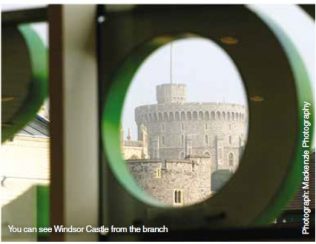 For the Windsor branch – which holds a royal warrant and is in the shadow of Windsor Castle – it was a royal occasion when it recently celebrated two milestones.

Partners past and present marked the respective 75 and five-year anniversary of Waitrose joining the Partnership and new Windsor opening, with an event at the Odney Club, which more than 80 people attended.

The branch plans to plant a mature yew tree – which it bought from the Council – in Alexandra Gardens in Windsor, as part of the 75-year celebrations.