Tea time with the RAF 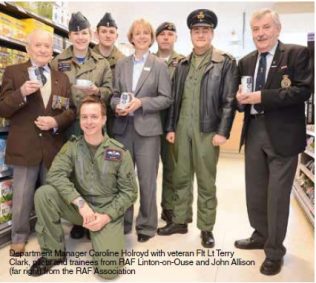 Produced by The Rare Tea Company, the tea was created for Flt Lt Terry Clark, a Battle of Britain veteran who came to the branch to promote it and 10% of its sales are donated to the RAF Association.

Terry served as an air gunner in the Battle of Britain and later flew as a radar operator and navigator, earning him the Distinguished Flying Medal for taking down three enemy aircraft at night.