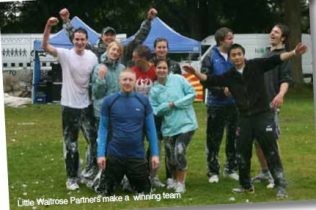 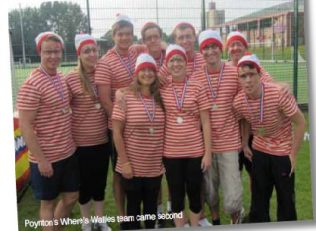 Throughout September, Waitrose Partners across the business joined together with other divisions to compete in “Its a Knockout“.

So far there have been four heats of the event, with the last one taking place this weekend at Hopfarm in Kent.

Waitrose teams have won two of these heats, with Morningside winning the Glasgow event and a team from Little Waitrose Cardiff  Queen Street winning the south west and Wales event.  Poynton Partners dressed as ‘Where’s Wallies’ came second in their event in Manchester.