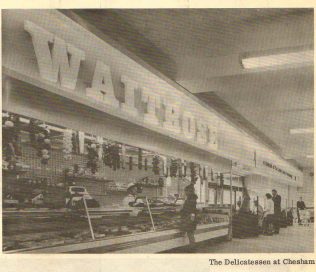 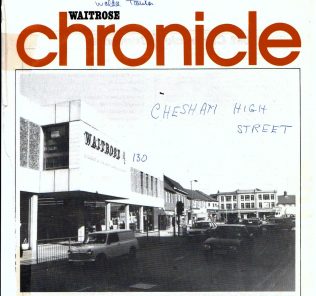 When Elaine Spencer, Partnership Area Visitor, last spent time with Wladzia Tanska to confirm that her story ‘Changing Places’ had been published on the Waitrose Memorystore (Celebrities Great & Small) it wasn’t long before they started reminiscing about her old branch Chesham 130. Wladzia worked as a cashier and joined the Partnership in June 1970.

Wladzia told Elaine that she remembers part of the team remaining in ‘130’ keeping the business going right up to closing time on the Saturday night, whilst the remainder of the team plus Partners from other branches worked vigorously to prepare ‘192’ for the opening.  “It was a very exciting time, there was a real buzz, we had new uniforms and the new shop was to offer a full assortment”.