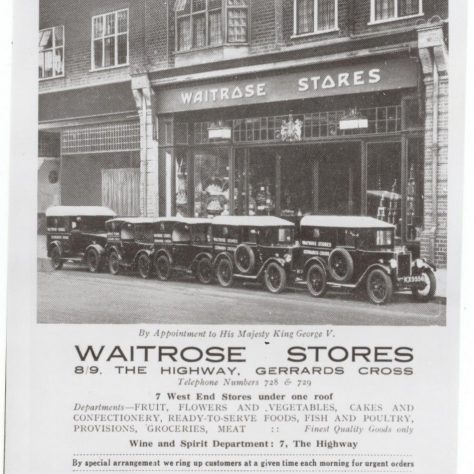 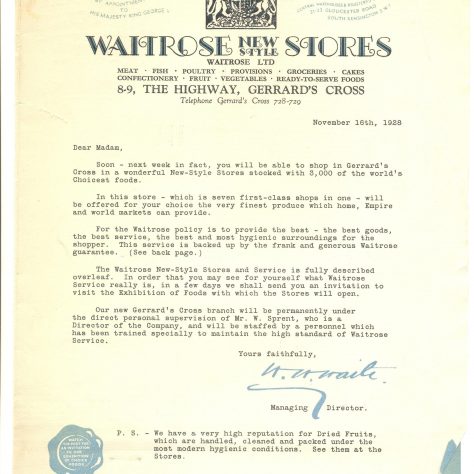 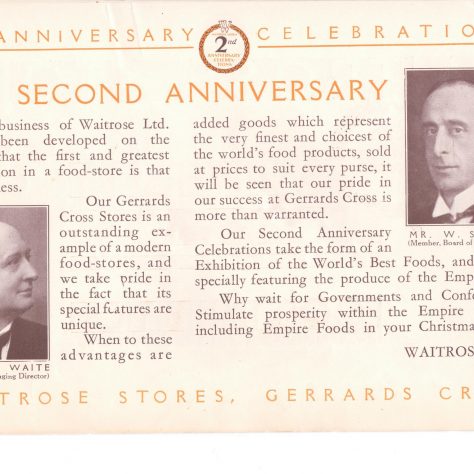 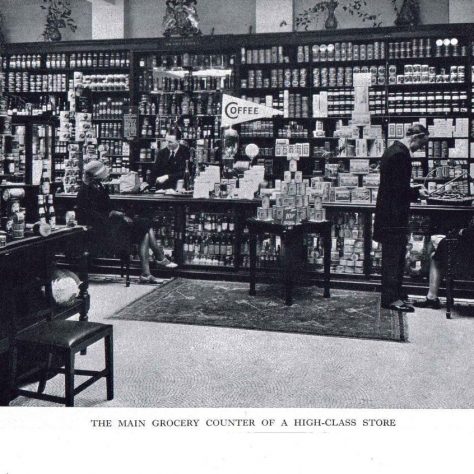 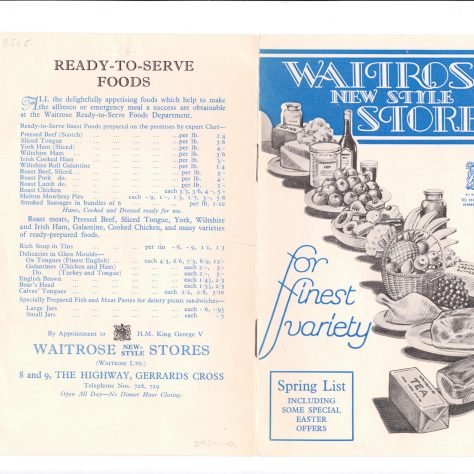 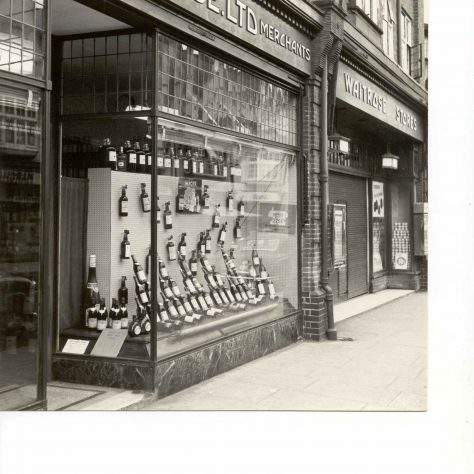 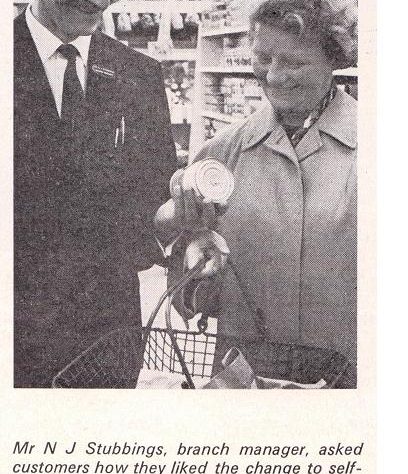 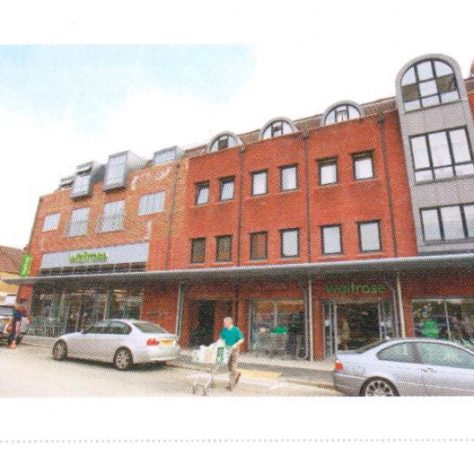 Mr Eric Rainbow worked at Waitrose in the days when coffee was roasted on the premises. He said: “The roaster was at the front of the shop with an extractor to tempt the passers- by.” Mr Rainbow joined the branch in December 1932, serving a three year apprenticeship and working at the shop until he was called up to war. “We used to weigh everything for sale – even soap flakes.” Particular attention was paid to displays in the shop, and Mr Rainbow clearly remembered the 6ft high displays of tins with glass shelves between.

Mrs Joy Rainbow (nee Hibburt) left the security of school for her first job at Gerrards Cross. Her first role was working on the cash desks, of which there were two, one at each end of the shop. Customers paid by passing their money through a hole in the glass. She remembered Mr Waite’s visits: “He was a tall and stately man. It was almost like a royal visit when he came to the shop.”

Mr Charles Young worked at Gerrards Cross for 29 years. He explained that the shop was not self-service then and that customers would walk in and sit down while being served. This was to change after the war. There were about 23 employees at Gerrards Cross in Mr Young’s earlier years there. These included three who made deliveries in their vans, three “travellers” who went out on bikes collecting the orders, and two tradesboys who went out with the early orders. Over a period of about five years, Mr Young made occasional deliveries to Mr Waite’s house in Cookham. “When I first met him, we got chatting and he took me to see his ferrets.

Waitrose Gerrards Cross was converted to self service in October 1967, closing for two days. The branch continued with its account trade and delivery service. Customers with an account called at an office at the back of the shop to collect a bill head, and then carry on with their shopping in the normal self-service way. They then presented their bill to the check-out operator, who would overprint the total on their bill. The branch had two delivery vans and two drivers, calling at different districts on different days. There was no car park and most orders were telephoned in. Three girls did nothing but take orders and another three were needed to assemble them.

Gerrards Cross closed on Saturday 27th September 1969. All Partners who worked in the branch were offered transfers to other Waitrose branches or of working for the new owner at Gerrards Cross.

The new branch of Gerrards Cross, branch 459, opened on 31st May 2012, adorned with bunting for the jubilee year. Branch Manager Steve Peppiatt said: “We are delighted to be open and are keen to play a positive role in the community.”