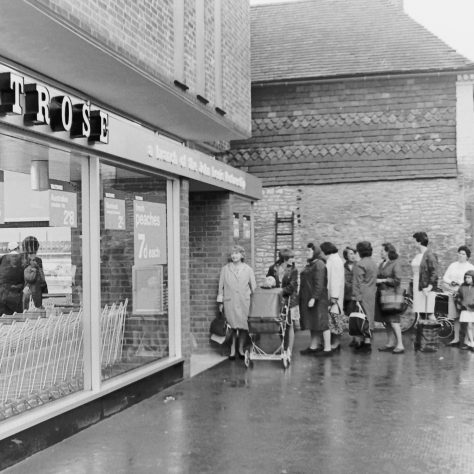 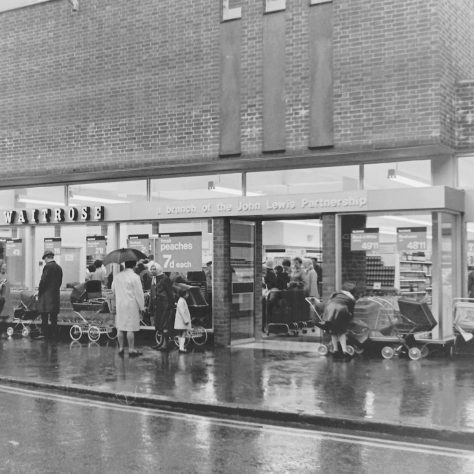 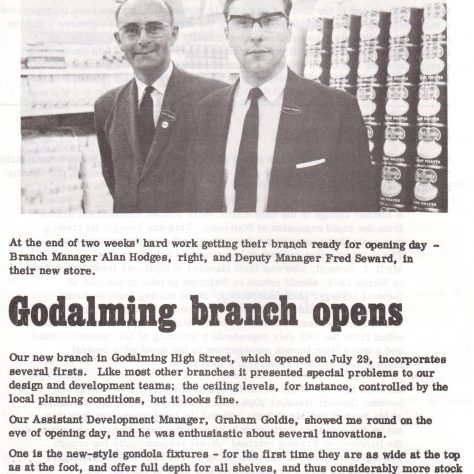 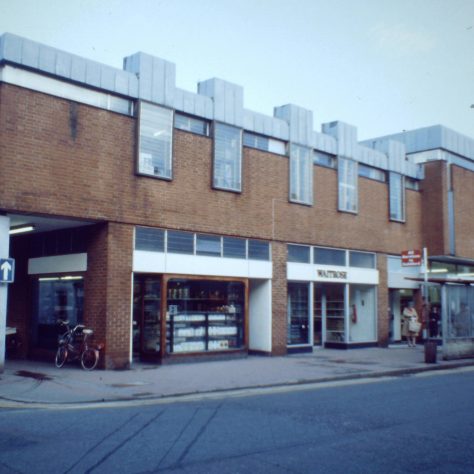 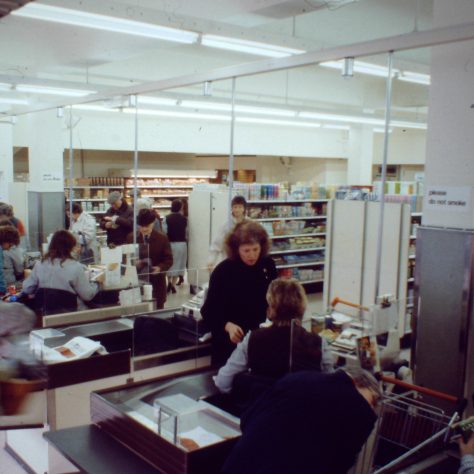 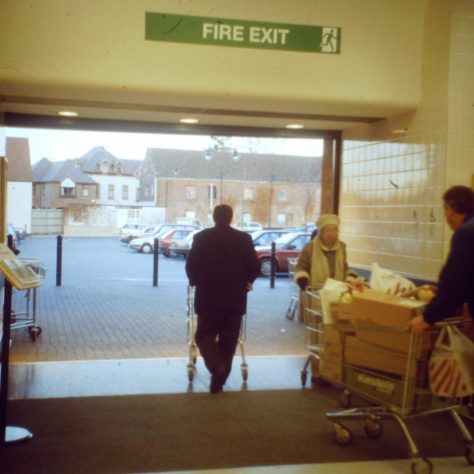 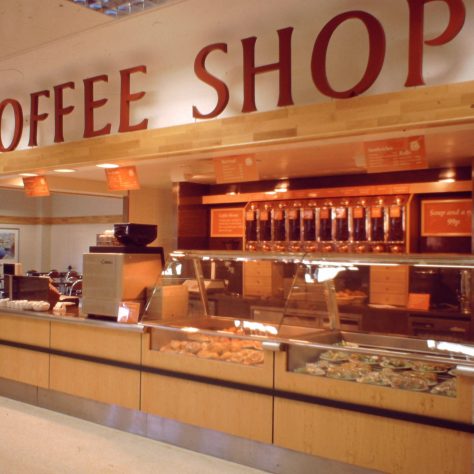 Waitrose Godalming first opened on 29th July 1969, Branch Manager Alan Hodges, Deputy Manager Fred Seward, with 78 Partners. The rain stopped briefly for the small queue of customers waiting outside for the doors to open at 9am.

Stocking up the shop in time for opening took two weeks and without the artificial build up of an opening occasion, customers were able to see the branch as it would be on any normal day. Many customers commented on the convenient position of the shop, with a bus stop directly outside and a public car park at the rear exit. The first customer queried her bill as she thought it seemed to low to be correct.

In 1994 the branch relocated 400 yards down the High Street into a new era of supermarket technology. After 25 years in the town the branch had more than doubled in size, exchanging one service counter for five and adding a coffee shop, customer toilets and a service desk.

An innovation at the branch was its “front door” – nothing but an open space filled by a curtain of hot air, designed to provide optimum customer access without causing draughts within the building.

At the time of the move, Branch  Manager was Peter McKenzie, who had been at Godalming for two years. “A possible move was being talked about when I arrived, but there were no firm plans. In the end everything happened surprisingly quickly. We were told about the move in January and now just 11 months later we are in the new branch.”

Angela Sykes and Ray Halfacre, members of the closure team, had both worked at Godalming for 20 years. Checkout Assistant Mrs Sykes was pleased at the move to a more modern shop, and glad to have had such good training on scanning. Assistant Section Manager Mr Halfacre said: “We have a loyal band of customers, and the new shop gives us a chance to offer them the very latest in supermarket retailing.”