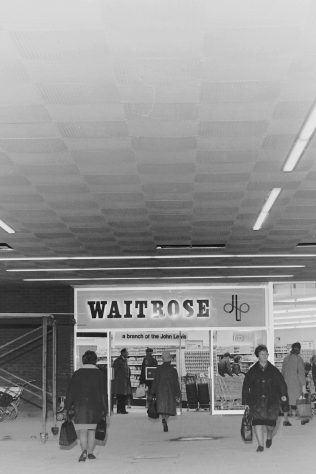 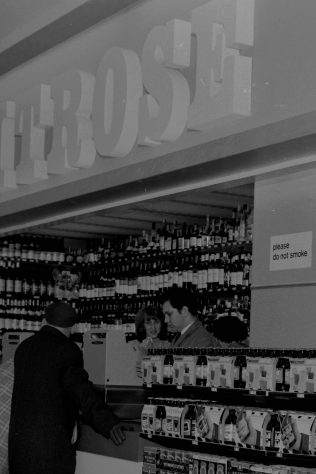 Kidderminster was the first branch to have a multi-storey car park at the rear of the shop and the first to have a semi-self service wine department (wines and beers could be selected by the customer and taken to the counter).

The branch manager, Mr A J O’Sullivan, said that opening went without a hitch, although the preceding weeks had seen a few problems: Certain parts of the building had flooded due to heavy rain, a shelf collapsed and there was a little difficulty in recruiting staff from the local area.

‘Most of the produce on sale is the same as in other branches although shoppers in the Midlands seem to have a preference for certain cuts of bacon. It is also expected that because of local taste English cheeses and meat pies will sell at a faster rate than is usual.’

The branch closed in July 2005, timed to coincide with the opening of a much larger Waitrose in nearby Droitwich, to which half of the 75 current Partners transferred. Branch Manager, Caroline Dawson, said that a lot of customers had come in to say goodbye but were very much looking forward to shopping at Droitwich. Mrs Dawson described Kidderminster Partners as a “fantastic family team”  “They are a great bunch of Partners who have taken a huge amount of pride in offering the very best service to customers.”