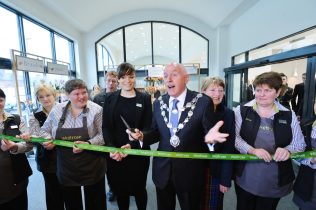 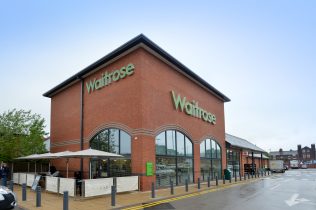 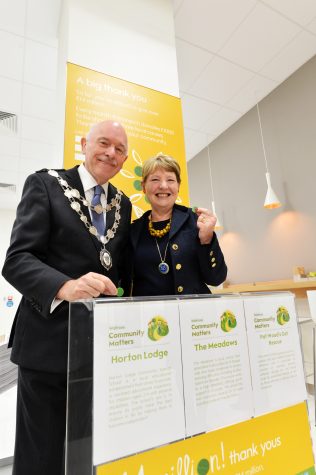 Waitrose Leek will be run by a team of 166 Partners, including the former Co-op employees and 96 new members of staff. The shop will provide the full Waitrose offer and incorporates a new café and the refurbished Leek Post Office, which also opened this morning.

In addition, Waitrose Leek confirmed that the Meadows School, Horton Lodge Community Special School and Pat Wood’s (the Leek Home for Strays) are the first local causes to benefit from its Community Matters ‘green token’ scheme. At the end of the month, £1,000 will be divided between the three charities according to the number of tokens received from customers. Customers can nominate different charities each month, resulting in a total of £12,000 donated each year.

From today, the store will also be launching its Partner Volunteering initiative, which will see 250 staff working hours a year donated to local projects and causes.

Mayor of Leek, Councillor John Fisher, said: “I am very honoured to have been asked to open the new Waitrose store. This is a real boost for Leek’s economy given the employment Waitrose will provide and the new opportunities the branch will offer shoppers.

“As part of the John Lewis Partnership, the model of ownership under which Waitrose operates is nationally recognised as both sustainable and profitable. I wish the new store every success and I know local people will be delighted that Waitrose has chosen to come to Leek.”

Becky Wollam, opening branch manager at Waitrose Leek added: “We’d like to thank everyone that has shown their support and given us a warm welcome in Leek. We’re committed to playing our part in attracting even more shoppers to the area.”

All employees have become Partners in the John Lewis Partnership and as such, will be entitled to benefits including a say in how the business is run, leisure and learning subsidies and an annual bonus. This year, Partners received the equivalent of approximately eight weeks wage, representing a significant re-distribution of profits back into the areas in which the supermarket trades.