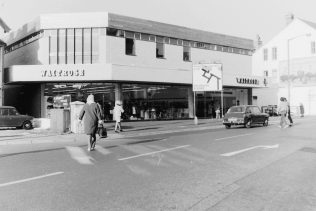 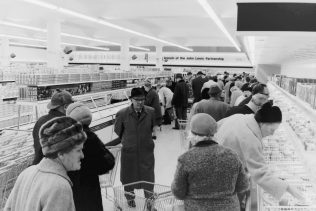 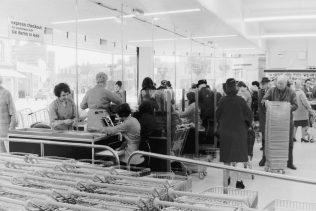 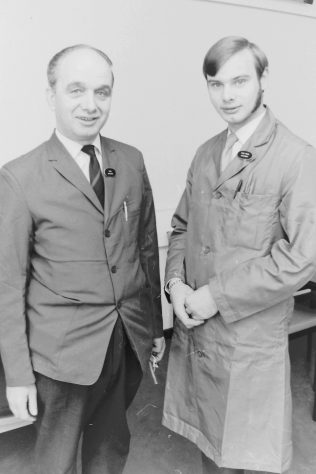 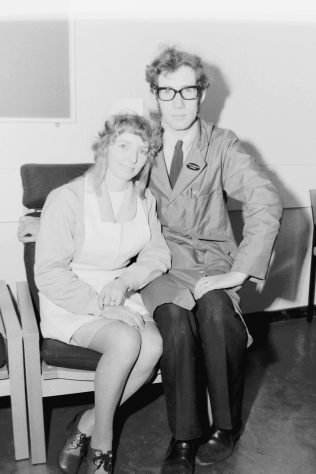 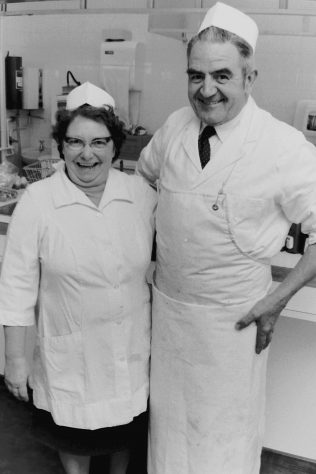 Waitrose opened their forty-third branch on Tuesday 9th November 1971, at Seamoor Road, Westbourne. Branch 144 had a selling area of 8,020 square feet and a staff, including weekend juniors, of 70. All eight checkouts were at the front as the store had no rear entrance (the car park extended down the side of the branch as far as the front door). Mr G P Kelliher, Operations Manager, thought that on opening morning a higher proportion of customers than is usual in new Waitrose branches were arriving on foot.

There were two married couples at the branch. The wife of Mr Ward, the fruit and vegetable manager, was a Partner in the provisions department. Mr W J Treadwell was a meat cutter and his wife was the branch cook.

The Gazette of June 1972 reported that the branch had had a rather slow start at first, but that was the trend of the other two branches in the area – Canford Heath and Lymington. Trade had picked up and the branch was embarking on its first summer season as holiday makers arrived in town, In the past months Mr Barlow had seen hotel owners buying large quantities of bacon because they get better quality and more competitive prices from Waitrose than anywhere else.

Particularly good sellers at the branch were “speciality cuts” from the meat counter (for example packs selling meats for a mixed grill). On the other hand sales of baby food were low.

The branch closed on 24th October 2006, to move down the road into a former Safeway/Morrisons in Parkstone, converted by Waitrose. Existing Partners from Westbourne were now working alongside the acquired Partners in a shop double the size of their old one. Branch Manager Andy O’Keeffe said “It is a unique situation: relocating long-serving Partners from a 35 year old branch into a Morrisons to work alongside Partners who already know the shop but don’t know Waitrose.”

John Plant, supermarket assistant nightshift, as the longest serving Partner at Westbourne (35 years) was chosen to unlock the doors on the new branch. “This seems surreal. We were like a family at Westbourne, and I am sure it will be the same at Parkstone.”

So great was the branch’s attraction that the first customers camped out from before 5am on opening day.