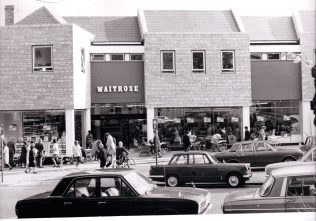 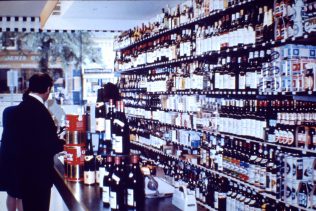 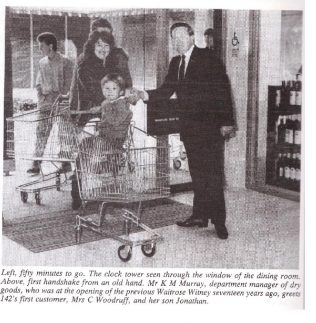 Waitrose Witney opened as branch 131 at 9.00am on Wednesday 15th October 1969 (New Waitrose branches traditionally opened on a Tuesday, but in Witney that was early closing day). The Branch Manager was Mr J E Patterson who had joined a few months earlier from another supermarket group. As with all Waitrose openings at the time, Witney began trading without fuss, ceremony, special offers, free samples or gimmicks. The aim was to begin as they meant to go on, relying on good basic shopkeeping to attract custom.

The shop was large, with 8,900 square feet of selling space, deeper than it was wide, with a private car park at the rear for a hundred vehicles. It was staffed by eighty-two Partners – all of whom but six were recruited locally.

On opening day pepper sold extremely well, and, reported Mr S Carter, immediately after opening time the gangway by the pepper shelf was blocked by customers trying to get at it. By ten minutes past nine, Waitrose were amazed to find they had been cleared out of pepper entirely. It was learned later that there had been a shortage of pepper in Witney and shoppers took advantage of a brand new source of supply.

Branch 131 ceased trading just three days before it became branch 142 on 16th September 1986, when it moved to new premises. Almost double the size of the old, the new branch combined some engaging architectural features with a clean and uncluttered floor plan ideally suited to efficient, modern supermarketing.

The branch manager was Mr C J Adey, with Mr S R Hopkins as his deputy, with 270 staff, full and part time, most of whom had transferred from 131. For Mr Adey, 13th September had a particular signifance because on 13th September 1976 he was appointed manager of Witney – ten years to the day before 131’s closure date.