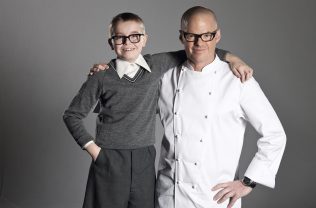 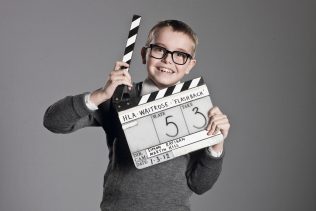 A10-year-old has been cast to play the young Heston Blumenthal in the latest Waitrose TV advertising campaign.

Haydon Gill from Romford, Essex, was chosen from hundreds of children to play the young chef in the 30-second advert, which was first aired last month. It focuses on the new Heston from Waitrose Earl Grey & Mandarin Hot Cross Buns, and sees a nostalgic Heston reminiscing about his childhood in the 1970s.

‘Mini’ Heston has a great deal in common with his co-star, as Haydon is a budding chef with a taste for unusual combinations of flavours, just like his lookalike. “My favourite food is fish fingers and custard,” Haydon says. “Doctor Who eats it and it’s delicious. I told Heston to try it.”