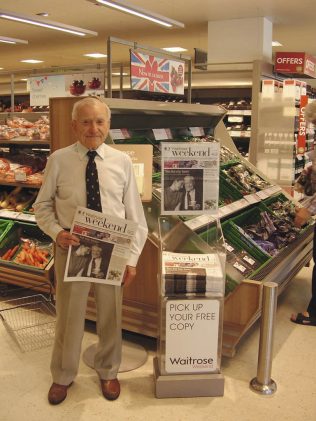 Bomber Command veteran Terry Clark, who helped inspire Royal Air Force Tea For Heroes, was featured in the weekly customer publication Waitrose Weekend recently. The article explained that the tea from the Rare Tea Company contributes 50p from the sale of every £5/50g pack to RAF charities. The company’s founder – Henrietta Lovell – served the tea at the unveiling earlier this summer of a memorial in
London’s Green Park to honour the thousands of men of RAF Bomber Command who lost their lives during World War II.