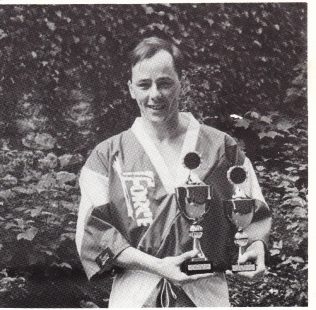 Mark who only took up Karate six years ago, won the Kata section, in which he had to perform a set pattern of moves against invisible assailants.

He also came third in the colour belt section of the points fighting.

He said with confidence “I’ve set myself a target – I’m going to compete as a black belt in the 1996 World Championships”.