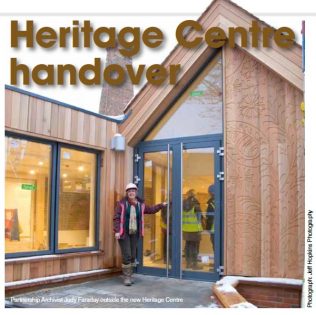 The Partnership’s Heritage Centre at Odney – due to open later this year – has been officially handed over from the contractor.

Built on the site of the former Grove Farm Pottery, the centre will provide purpose-built premises for the Partnership’s Archives which was previously housed at John Lewis’s former distribution centre in Stevenage and near Carlise.

A focal point will be the textile display – dating back to the 1890’s and still used as a design resource by the Partnership’s creative teams – which will says Partnership Archivist Judy Faraday, be a ‘revelation’ to many Partners.

The centre will also open its doors to the public during this years Cookham Festival in May.