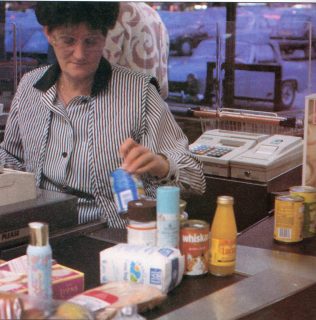 The result was clear evidence of customer interest, and of increased speed at the checkouts.

‘At some point in the future Waitrose may replace this system with an ‘intelligent’ register, a single machine which performs all these functions as well as printing cheques and having the capacity for scanning.’

“Training on the system involved approximately eight trainers in the field and a further two supporting” explained Mr Alan Ducker. “These will be responsible for training 7,000 to 8,000 Partners in the use of the new equipment.