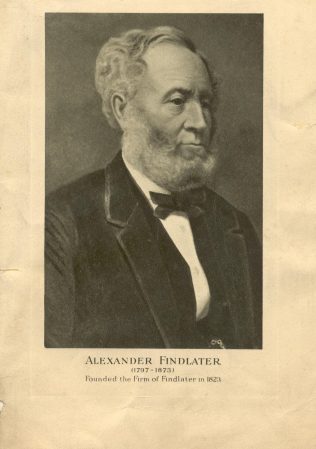 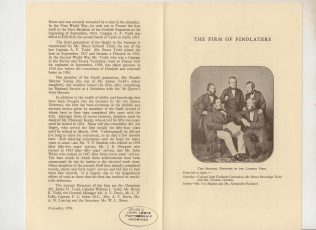 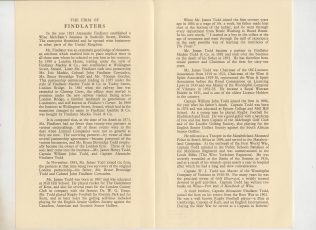 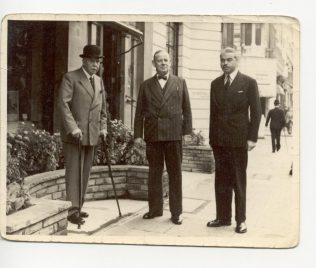 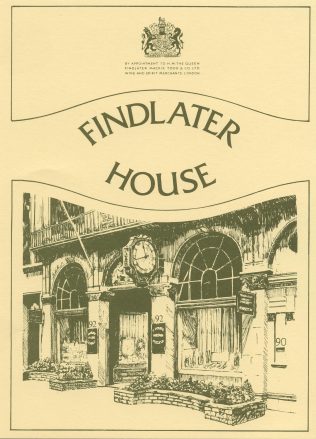 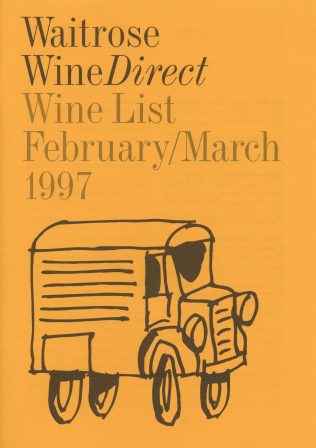 The Partnership and Findlater Mackie Todd

The Partnership acquired the business of Findlater Mackie Todd & Co on 9th February 1993. Findlaters was a long established wine merchant, specialising in mail order. The purchase allowed for the development of opportunities to sell wines chosen by the highly regarded Waitrose buying team to a wider customer base. At that time Findlater’s employed a staff of about 20. The Gazette announced the launch of Waitrose Direct, the Partnership’s new mail order wine service, grown out of the acquisition with Findlater’s.

A history of Findlater Mackie Todd

Times were hard in 1822 when Alexander Findlater, one of eleven children of a Scottish farmer, set out to seek his fortune in Dublin. The following year, 1823 he set up his own business – not surprisingly in the wine trade, for Alexander’s uncle had been a supervisor of excise at Dumfries, where one of his officers was the poet Robert Burns.

Alexander’s wine business prospered and by the middle of the century he was ready to tackle London where the house, trading under the style Findlater Mackie and Company, was established at Wellington Street in the Strand in 1850. Five years later, with four Partners, his nephew, Colonel John Findlater Corscaden, Ivie Mackie, Thomas Gordon and Bruce Beveridge Todd, Alexander Findlater began trading as Findlater Mackie Todd and Co in Tooley Street, London Bridge. In 1863 the Company moved to premises under the railway viaduct facing London Bridge, a spot which was known to generations of Londoners as Findlaters Corner.

Alexander Findlater died on 8th august 1873 at the age of 76. He remained a bachelor all his life and after his death his partners bought up his various enterprises. The most important of these was the London firm, which was acquired by Bruce Beveridge Todd whose family has been connected with the Findlaters ever since.

Bruce Todd’s three sons, James, Alexander and William followed him into the business and devoted their lives to it. James joined the firm in 1884 and took over on his father’s death in 1893 to remain its Chairman until he died in 1956 at the age of 89. The second brother, Alexander, joined the firm when he returned from the Boer War in 1901. He left it to take the First Battalion of the Norfolk Regiment to France in September 1914 and was killed in the second Battle of Ypres in April 1915. He was a well-known Rugby “Blue”. The third brother, William, joined the firm in 1894.

In 1924 Findlater’s moved its head office to Wigmore Street, and continued to expand as a retail wine merchant, until by the 1960s it had almost 50 shops in and around London, Oxford, Cambridge and Cirencester and on the South Coast.

The next few years were turbulent ones for Findlaters, The Todd family sold the company to Bulmers in 1967, which subsequently disposed of the Findlater Mackie Todd retail branches. Three years later, Bulmers sold Findlater’s to the Beecham Group.

Alexander Todd’s son, Bruce, joined the firm in 1927 and became its chairman on his uncle’s death in 1956. He retired in June 1972. One grandson of James Todd, Ronald Todd-Young, and two grandsons of Alexander Todd, Charles Byass and David Byass, were appointed directors in 1961.