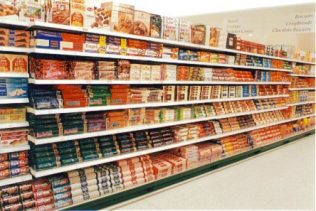 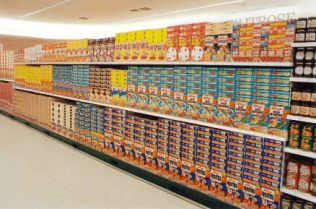 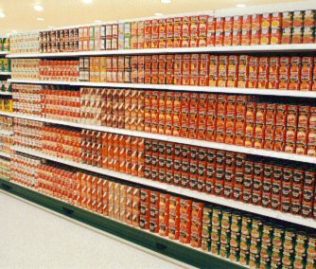 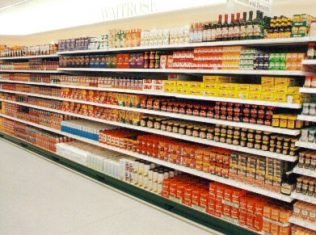 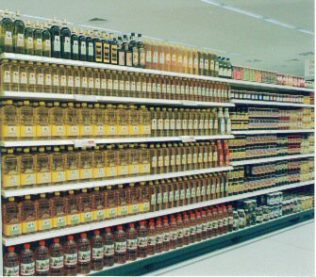 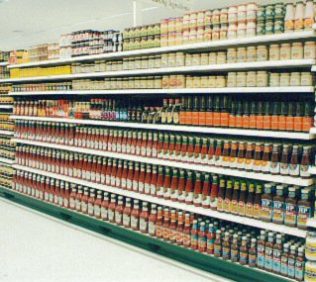 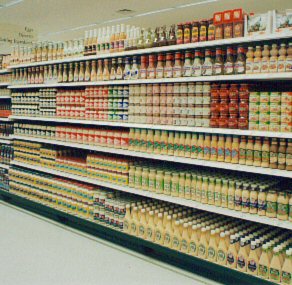 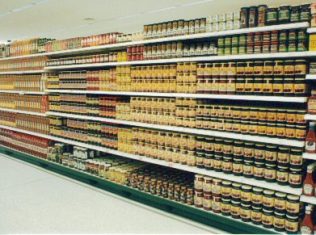 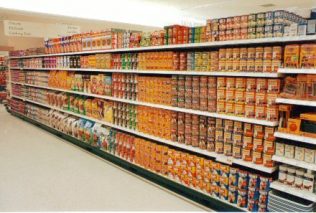 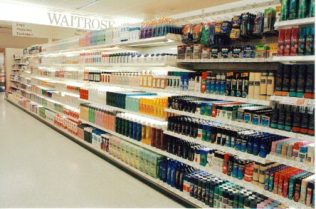 At the time Stroud was being planned (mid 1992) the Waitrose full assortment totalled around 12,000 lines which fitted into a 15-16,000 sq ft shopfloor by using the shelf capacity formula of the day (1.25 cases. 0.3 weeks sales per line whichever the greater) .

Although a few new branches in 1993 had a similar amount of space to Stroud’s 25,000 sq ft. it was seen as a game changing opportunity to improve efficiency.  It was decided that I (as Manager of the Layout Department) and my small team needed to design a set of layouts that had 2 cases, 2 facings and 0.5 weeks sales as a minimum criteria so that the branch ran mostly on shelf stock with very little warehouse space. The attached photographs show clearly the multiple facings of all lines taken on the night before opening in November 1993 (not 100% sure of Toiletries but the illustration of space is correct).

This apparent generosity of shelf space per line once seen in the flesh was then regarded as a missed commercial opportunity and Buyers were charged with finding additional lines. Most layouts were then gradually redesigned to the standard spec. as new lines came on board, but it took a while to gather momentum as suppliers were reluctant to release lines for such a small number of branches.

We assigned assortments by specific layouts as opposed to departments or branches as in our competitors so it was possible to exploit space opportunities in some detail on a layout by layout basis. Gradually the momentum built up and by the end of 1994 the full assortment had grown to around 15,000 lines.

Back at Stroud, however, the new policy had huge ramifications as the building had been physically built for the shelf stock only approach. The yard soon became home to several 40’ containers for bulky stock to supplement the lack of warehouse space inside the branch.