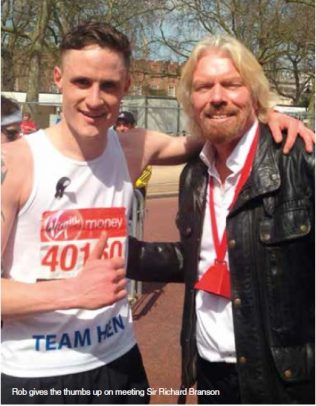 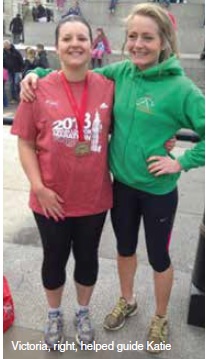 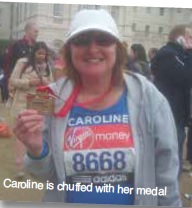 It was one of the biggest events in the capital’s sporting calender on Sunday 21 April, the Virgin London Marathon, when 36,000 runners took part.

Graduate Victoria Briggs, who is on placement as SM Fresh at West  Ealing, was a guide for a partially sighted girl, Katie Postethwaite.  “She’s the most determined person I’ve ever met,” says Victoria.  “When we first met in October, Katie had never run outdoors and yet we got on track for our 26 miles.  The pair achieved a time of just over five hours, raising around £2,000 for the Royal London Society for the Blind.  “I’m so proud of Katie”, Victoria beams.

Meanwhile Scott Verney – HORO for Group F – ran with his wife Kirsty for the Guide Dogs for the Blind Association, raising over £4,000.  They done it in six hours, nine minutes.

It was Bracknell Operations Partner Caroline Gillet’s first ever marathon at the age of 53, after she began running four years ago with Maidenhead Running Sisters.  Caroline raised more than £300 for the Alexander Devine Children’s Hospice Service, which hopes to build a respite care home at the end of her road.  She came in at five hours 45 minutes.

Finally Rob Brown, A Food Service Partner at Rushden, reached the finishing line after just three hours 21 minutes.  He is raising £1,500 for the Northants branch of Headway, a charity that supports people with brain injuries.  “The experience was truly memorable”, enthuses Rob who also met Virgin Boss Sir Richard Branson at the finish line.