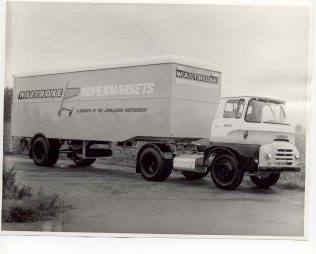 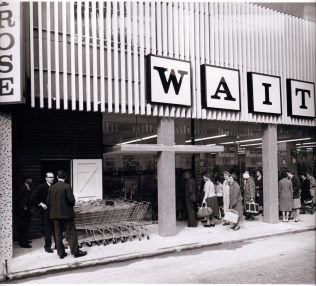 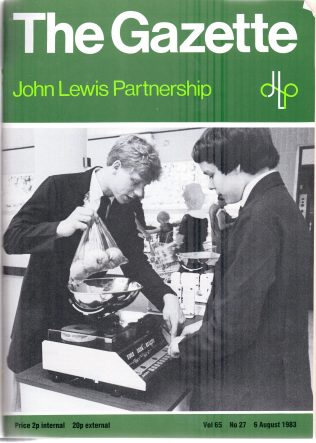 1938 – 75 years – First time that Waitrose Partners received Partnership Benefit Shares. Each Benefit Share Certificate could be sold for over £1 – ‘these documents are valuable and should be carefully kept’. – November 1938

“It is our first experience of a direct share in the profits, although we have had it in other ways in the past, and, judging by the feeling it has created, I am quite sure your new Waitrose Partners will do their utmost to ensure that the allotment will be even larger next year.”

1963 – 50 years (July) Experimental blue van came into commission. ‘A departure from the traditional green, it has a gay pale blue body, set off by a white roof, with bold black and white lettering on the sides.’ ‘The trolley motif on the side gives an immediate visual impression of a supermarket, even if the van is travelling at speed.’

October – Waitrose Cirencester opened in its original location in 1973. The branch relocated in 1995.

July – Waitrose becomes the only food retailer in Britain to sponsor a major football club, with its name appearing on Reading FC’s new home and away kits – July.