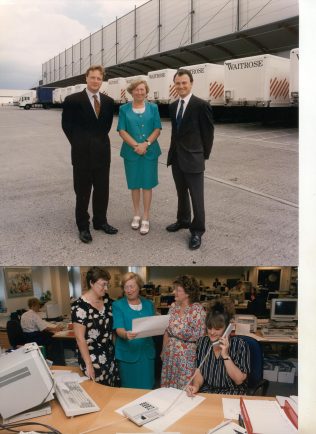 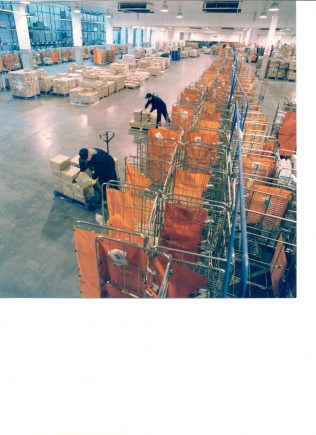 Following nearly two years of planning and building work, the first completed stage of the RDC at Bracknell was opened in May of 1993. Mr Mike Rose, who was Waitrose Distribution Director, said: “The warehouse is part of an overall change in the Waitrose distribution strategy, aimed at improving efficiency in all sorts of ways. We needed more warehousing to cater for the growing business of Waitrose. Once the RDCs are fully operational, and we have the benefits of new ordering systems, we will also be able to reduce the lead times and thus reduce stocks, especially in the branches. Composite deliveries will, of course, mean fewer lorries calling at branches.”

The opening of the west warehouse was carried out in carefully planned phases. Partners at the West Warehouse held a trial “live pick” in mid-April to prepare for the full opening. This was to ensure that all the systems and equipment were correctly linked up. Waitrose systems analysts joined the team for the trial to check that the computers ran smoothly.