Latest from the river 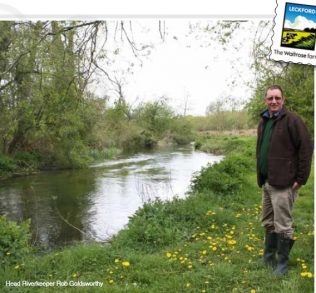 The fishing season at Leckford has got off to a good start, with both Partners and non-Partners keen to get a good catch, despite the aftermath of the long winter which has had an effect on the wildlife on the river banks.

“Some of the flies we expected to see – for example, the hawthorns – haven’t really arrived yet, and I don’t think they will now”, said Head River Keeper Rob Goldsworth.  “With the Mayfly hatch, which the whole of the Test and the Itchan rely quite heavily on, everyone’s a bit worried this year that it’ll either be really late or won’t happen at all”.

The winter rainfall has meant that some of the banks are very wet, so Rob and his team have had to rope off some areas.  “Hopefully with the high water this year should see some salmon appearing”.