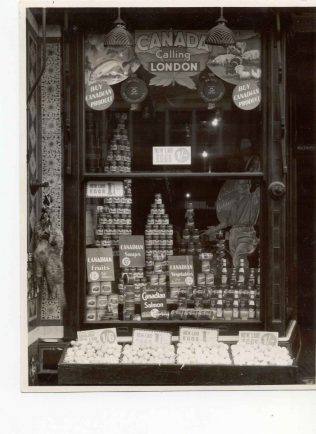 In the 1930s Wallace Wyndham Waite became well known in the grocery trade for his support and promotion of products from across the world.  His window displays of produce such as Canadian honey or Indian tea often won awards and as an acknowledgement of his work he was awarded the MBE.