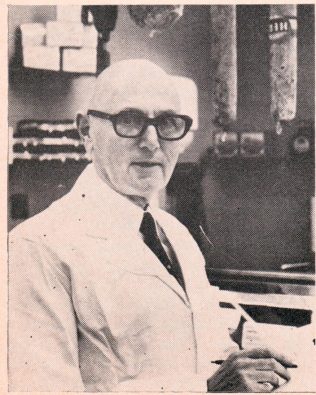 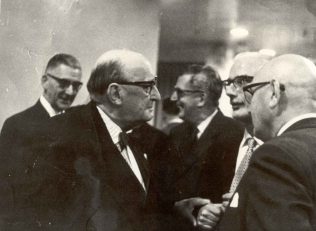 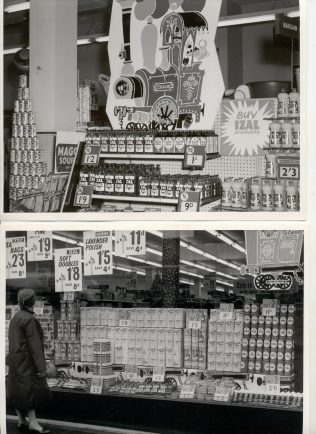 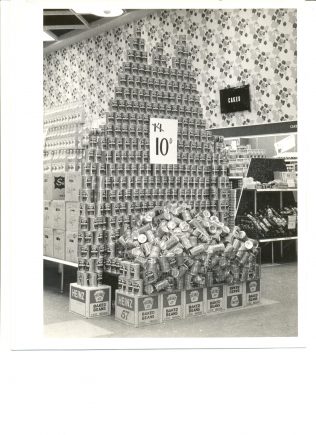 Harold Tobias began his retail career as an apprentice at a provisions store in 1923. His first job was scrubbing down the counter with Monkey Brand polish and a pumice stone, cleaning windows, and skinning cheeses and frozen rabbits.

In 1937 he opened his own store in Kingsbury, owning seven by the time he was called up in 1943 (four of which he sold to the Partner-ship at this time). Mr Tobias chose the name Bees and Tees for his business because it sounded ‘snappy’.

When Mr Tobias demobbed in 1946, he joined the Partnership – his first major job was as manager of the Temple Fortune store. He later managed the shops at Gerrards Cross and Gloucester Road, and then was district manager for five branches and in 1955 was responsible for the opening of the first Partnership supermarket in Streatham. He found Waitrose to be honest traders and became a passionate advocate in the industry for honesty in product packaging and dating. He became production manager in 1963 and for many years after his formal retirement he worked part-time at the smallest Waitrose shop, Temple Fortune.

Some of Mr Tobias’s memories (taken from a tape recording made in 1974):

Special promotions at Slough: Some displays could be anything up to 15/16 feet high – loose tins displayed within the displays itself. These large displays were never really successful because of time taken to construct, and to dismantle and repack the merchandise, and partly because so much stock had to be held and used simply for the display itself.

Waitrose Train display at Chiswick – introduced by Bowater Scott – promotion manager at the time; devising programmes for promotions with Harry Legge. This display was tremendous and did sell goods but could take until 9 or 10 at night to put up.

Taster samples – Once at the opening of Witney a baron of beef was bought. Cost £75 for the beef, £35 for the cooking and about £40 for the chef for two days and his expenses. At Witney no chef was available and Mr Tobias did the carving. O B Miller and Mrs Miller came for tasting samples – five different kinds of sauces, cocktail sticks and cardboard plates.

There were window dressing competitions, often won by Staines and Hounslow – things like pigs with lemons in mouth etc. Ted Warrington won more times than any other manager.

The Gazette reported the death of Mr Tobias on 1st October 1979.