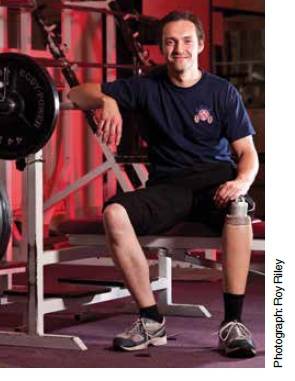 For Powerlifter Dan Patterson, who works at Weston-super-Mare, being selected for the London 2012 Paralympic Games had always been a dream.

At just 21, he had to undergo months of chemotherapy for Cancer in his left leg, which was later amputated.

He began lifting weights to re-build his confidence and realised he had a talent for powerlifting.

After amassing a collection of medals up to national level, Dan had his sights set on the London 2012 Paralympic Games.  So he freely admits that his “only low” in 2012 was when he did not qualify.

Now Dan is preparing for the IPC Powerlifting UK Brench Press for the Disabled competition in January, which will be held in Folkestone.