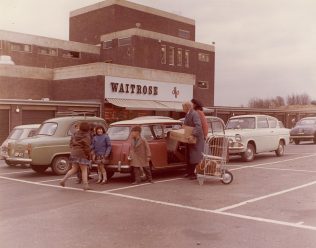 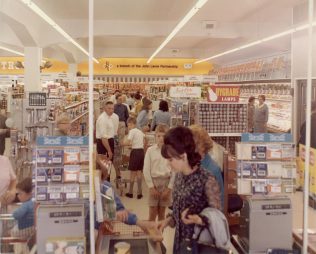 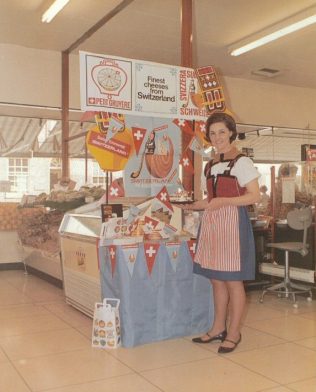 zoom
Although not Tilehurst this is a typical tastings promotion of that period. 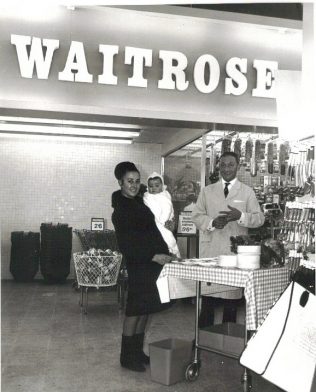 Having got married while working at Banstead (1972) it was time to think about buying a house. We were living in Surrey which was completely out of our price range so looked elsewhere.

Reading was a lot cheaper and we were eligible for a mortgage from the Greater London Council to move OUT of London to ease their housing pressure.

There was also a number of branches in the area as well as Bracknell HO down the road making the location a good choice.

Our end of terrace cost £9000 and the mortgage was £8000, repayments at a fixed interest of 8% amounted £64 pm out of a net monthly salary of £109, not a lot to spare for rates, heat light and food. We were given second hand furniture, folding chairs and the inevitable upturned wooden orange box for a table ! But we managed, just about.

There were no actual vacancies in the Thames Valley at the time so I worked as a ‘supernumary’ at Marlow (146) for the time being until something came up. I had a great time enjoying George Green’s unique style of management and the never ending games of cribbage during break times, which seemed to involve all partners at the branch.

A vacancy arose at Tilehurst (116) which was part of the Meadway Precinct built in a disused gravel and was the only food retailer interested in opening a store there. It remained the top shop for sales until a Key Markets (later a Super Key then ASDA opened up on a plot on the far side of the car park.

When I got there Mr Bishop was Branch Manager and even up until my retirement and seeing him at Bracknell he was always ‘Mr Bishop’. I struggled with the ‘Bill’ bit even then, harking back to my early days in Gloucester Road where Managers were Mr, Mrs or Miss!

Bernard has also added a few more names such as Richard Heading, Richard Charley, Bob Spendelow, Jim Naismith, John Pass, Gordon Parris, and Tony Solomons that would be involved with the branch around that time. Bernard has an extensive list of Partners at Tilehurst which will be part of his own history in due course.

I started as Evening Shift Manager working from 2-10pm and later moved onto Provisions replacing Colin.

At the time all chilled products arrived from individual suppliers at the back door and the loading bay and storage fridges could get quite congested. In order to get onto the Management Training Programme one of the projects I took on was trying to ease the congestion by plotting the quantity and frequency  of each delivery which highlighted the peaks and troughs, all done on graph paper, no computers or central deliveries back then but managed to smooth out the peaks.

At that time was there no sell-by or use-by dates so incoming products were manually dated with a ticketing gun according to an approved master list. However a Friday delivery of pies with day +2 shelf life and no Sunday trading was open to ‘interpretation’ to minimise wastage.

Tilehurst was one of the first branches to receive consolidated chilled deliveries originally by Christen Salvesen and then by a company called TCD (Theale Chilled Distribution) run by Ronnie Frost. Those early deliveries were the basis for the present system of delivering fresh food much changed from those early days.

Having successfully carried out a few more projects at Tilehurst I was enlisted onto the Management Training programme which involved several courses and secondments. One of these was at Slough (105) in the Branch Office during 1976 when John Keane was Branch Manager.

Eventually I was promoted to be one of the first Assistant Branch Managers in Waitrose at Fleet (101) but struggled to find my place in the Branch Management structure, not the happiest of times. Fortunately the branch was about to be extended and found myself creating temporary shelf layouts during the shop floor moves which became an enjoyable part of my time in the branch.

A vacancy arose at Bracknell for an Assistant Manager Layouts which I happily accepted so I could close the door on my own lacklustre involvement at Fleet.