From Birmingham to Bahrain... 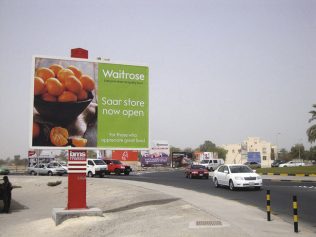 Waitrose continued its expansion last month with the opening of two branches on opposite sides of the world – in Birmingham and in Bahrain.
The UK’s second city welcomed its first Waitrose to the area, with the convenience store at Colmore Row serving customers commuting into the city-centre Snow Hill train station. The branch is in a key location, next to many transport links, offices and the city’s main shopping centre, the Bullring.

Despite its small footprint, the new shop has managed to fit in more than 3,000 lines. The branch had 280 applicants for the 37 jobs on offer.

David Morton, Director, Business to Business, Waitrose, who attended the launch with Martin Primett, Manager, International Development, says: “Once again our colleagues in FFFM have developed and opened a stunning store, our second in Bahrain. It’s in a well-established residential area and has been welcomed by local residents and expatriates alike.”

The shopping-centre entrance is opposite St Christopher’s International School in an affluent residential area of the Emirate with a large expatriate community.