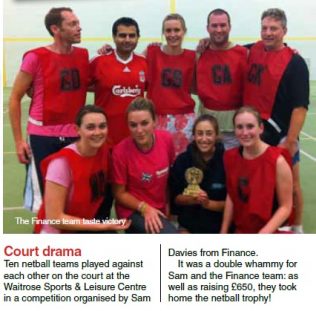 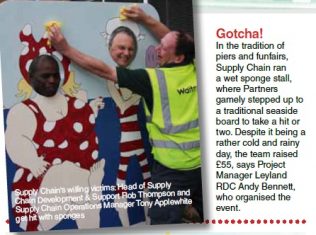 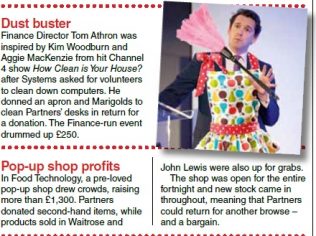 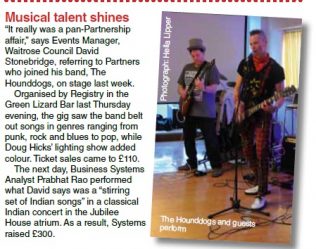 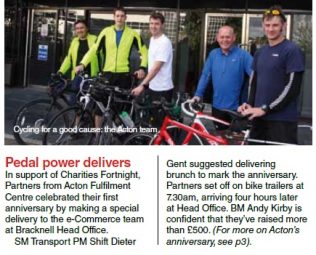 With donations rolling in from departments across Waitrose Head Office  and Partnership Services, the current total for Charities Fortnight – as the Chronicle goes to press – is £20,000 and steadily climbing.

It remains to be seen if the £40,000 target – which was suggested to mark 40 years of Waitrose Head Office being based in Bracknell – will be met, but it’s clear that Partners have channelled all their energies into the fund raising efforts.

Events were in aid of Alexander Devine Children’s Hospice Service, Daisy’s Dream and Air Ambulance for Berks, Oxen and Bucks.